Shungite comes in different forms, with the highest concentration of carbon being known as elite shungite. It's got a reputation for being a healing and protective stone and is the subject of many studies investigating whether it can block harmful substances and help reduce inflammation. If you're getting some shungite in the hopes it will help you, keep three things in mind so that you get the most benefit out of it.

Shungite has a lot of anecdotal evidence behind it, but that's the point — it's anecdotal. The studies showing that shungite might be beneficial for certain conditions were done mainly in labs using things like filters (to filter and then measure the values of certain substances in water, for example), or they were done on animals. Evidence for human benefit needs more research. There's no problem with carrying a chunk of shungite in your pocket or placing a nice shungite block on your shelves, but just be aware of where the research stands before assuming anything about the shungite's effects. That being said, people do seem to stand by shungite. You may want to keep a journal of how it affects you so you can try to spot patterns or times when it seems to be more beneficial for you.

You Should Remove Shungite From Water Before Drinking the Water (Really)

Those who are already familiar with crystal water and crystal-infused water know about this, but for newbies: if you try infusing your water with shungite by placing the shungite in the water (as opposed to using a filter with shungite in it), remove the shungite before drinking the water. In fact, strain the water, too. If you leave the shungite in the water and try drinking from the glass, the chunks could suddenly slide into your face much like ice cubes sometimes do. Plus, if there's any shungite dust on those rocks that gets into the water, you don't want to actually ingest that. Using a filter may be a better option for those unfamiliar with crystal infusing.

It Should Be Used as Complementary and Not Alternative Medicine

Complementary and alternative medicine are often mentioned in the same breath, but they differ in an important respect. Complementary medicine is medicine practiced along with more conventional medical advice. Alternative medicine is meant to be done instead of conventional treatments. If you want to use shungite, even elite, almost-all-carbon shungite, to treat inflammation or another health issue, use it along with more conventional treatments. For example, changing your diet has a major effect on inflammation; if you feel like the change isn't enough, then you might decide to try using shungite — but don't go back to your more inflammatory eating habits.

Start by keeping some shungite in your home or carrying some with you, and see how the stone makes you feel first before moving on to things like shungite-infused water. Stones and crystals often make people feel a certain way emotionally and mentally, and you want to be sure that you and shungite can work together. 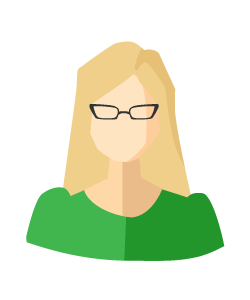 I absolutely adore styling my hair. Before I leave my house each morning, I spend nearly 30 minutes, washing, drying, and styling my mid-length, strawberry blonde hair. To keep my tresses shiny and healthy, I shop for quality hair care products at my favorite retailers. Do you desperately want to stock up on the trendiest hair care products available? Consider visiting a beauty supply store in your area. These stores sell a wide variety of hair care items such as shampoo, conditioner, dye, curling irons, dryers, brushes, and combs. On this blog, I hope you will discover ingenious tips to help you shop for the hair care products you desire. Enjoy!